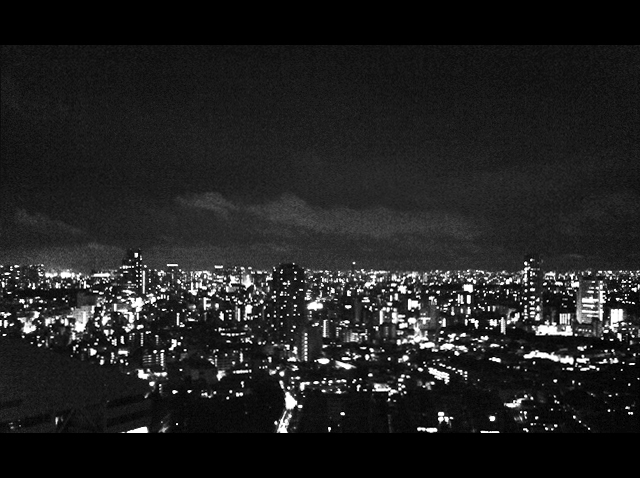 Under the eastern sky,

it seems like it's a big city here, full of big and small buildings, and people.
The incisive instinct has been appeared and disappeared gently and quickly
as if to sneak into the gap.I try following it with my eyes but can't catch it.

I approach to the city. I see some dashing men and kids, and they dress ridiculously.
They look like having a threatening attitude, but they also look like playing jokes.
It is a chaotic state, but only thing I feel is utter silence.

I look at the borders of mountain and city.
Then in an instant, something has appeared. The whirlpool that I feel like getting caught in.
It makes a primitive heartbeat in a rhythmic manner and stands calmly.
Several people has stopped by and got drawn into.

I see the shore which looks somehow lonely, by standing away from there.
I saw a skull man. He's got a deep scar, but unnoticeable.
However, he is holding a lotus peacefully in his mouth.
He seems like going to somewhere else from now.

“THE FOUR SCENES UNDER THE EASTERN SKY”